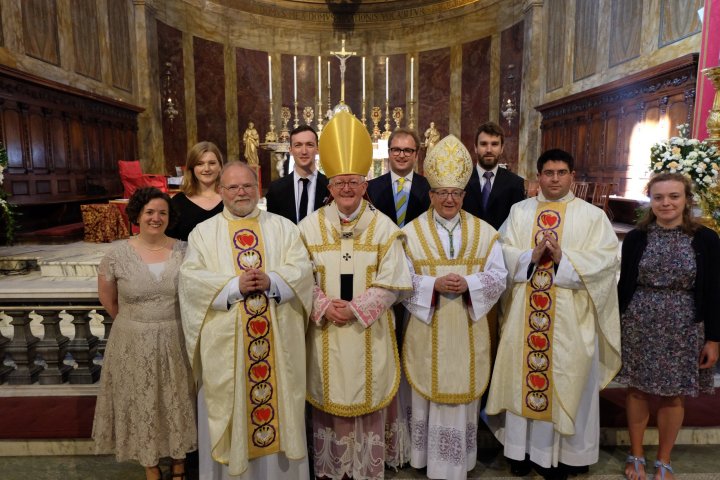 “The packed church heard the Newman Consort (an Ordinariate choir from Oxford) enhance the celebration with music from the great English tradition – Taverner, Byrd, Tallis and Pearsall.” See here.

On Saturday 30 June we were honoured to sing for the Ordinariate ordinations at the Birmingham Oratory. We put together a programme of English polyphony, including Anglican chant for the gradual, Taverner’s Kyrie Le Roy, Tallis’s Mass for Four Voices, Byrd’s ‘Sacerdotes Domini’ at the offertory, Purcell’s ‘I was glad’ at communion, and  Pearsall’s ‘Salve regina’ to conclude. It was a deeply moving service, not least because of the close connection between the Consort and three of the new priests: Fr Thomas Mason, Fr Jonathan Creer, and Father Michael Ward.

Then, on Sunday 1 July, we were delighted to provide music for Fr Thomas Mason’s first Mass. Back on ‘home turf’ at Holy Rood in Oxford, we sang an exciting programme of music – selected by the new priest – which included Taverner’s Small Devotion Mass, Messiaen’s ‘O sacrum convivium’, Howells’ ‘Salve regina’, and we concluded with the Te Deum sung alternatim with the organ (with the Oxford Ordinariate Group Pastor, Fr Daniel Lloyd, at the console).

We look forward to singing music by Palestrina and Stanford at Father Michael Ward’s first Mass at Holy Rood on 7 July. 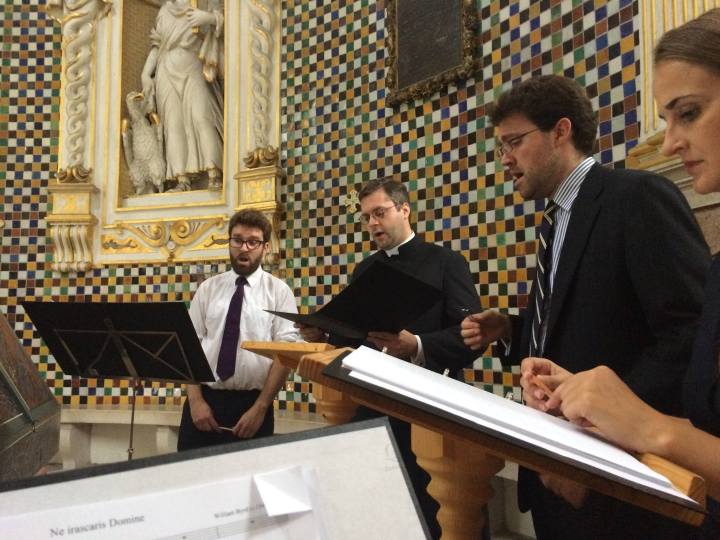 Coinciding with the opening weekend of the Salzburg Festival, members of the Newman Consort travelled to Salzburg in July 2017 to sing for Mass and perform a spiritual concert featuring music of the English Renaissance. Both took place on Sunday 23 July in the Wolf Dietrich Mausoleum, built 1597-1603 in the center of St. Sebastian’s Cemetery, housing the remains of the prince archbishop (d. 1617) responsible for much of the city’s Baroque core. The concert featured works by Byrd, Cornysh, Morley, and Tallis.

We are extremely grateful to the FSSP in Salzburg and to the Oxford Ordinariate Mission for their support.

We are delighted to announce that on 15 December 2019 we will sing at a Service of Lessons and Carols for Advent at Holy Rood Catholic Church, Oxford.